Affected by the cyclone in North Africa, a southeast gale of magnitude 5-6 occurred in northern Algeria at 06:00 on March 14 (UTC), with gusts of magnitude 9-10, accompanied by obvious sand blowing weather. The visibility decreased rapidly from about 10 km to 5 km. As the wind speed continued to increase, dust storms and strong dust storms occurred in northeastern Algeria at 12:00 (UTC), with a minimum visibility of only 200 m. The dust has crossed the Mediterranean and affected  Spain.

As of 17:00 on the 15th, the dust is still affecting the above areas, and the visibility in some areas is only 100m. It is expected that as the cyclone system moves eastward and weakens, the dust will gradually weaken at night on the 16th(RSMC-ASDF BEIJING reported on March 15, 2022) 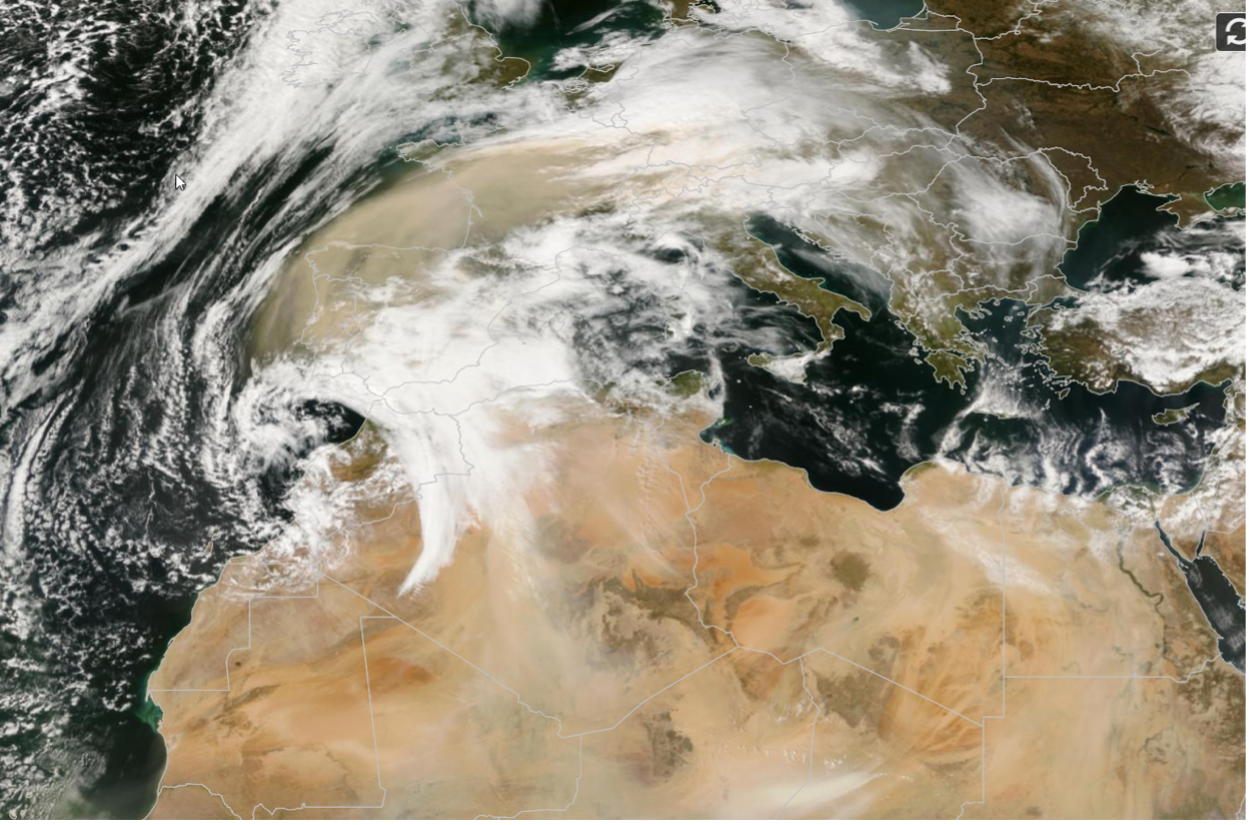 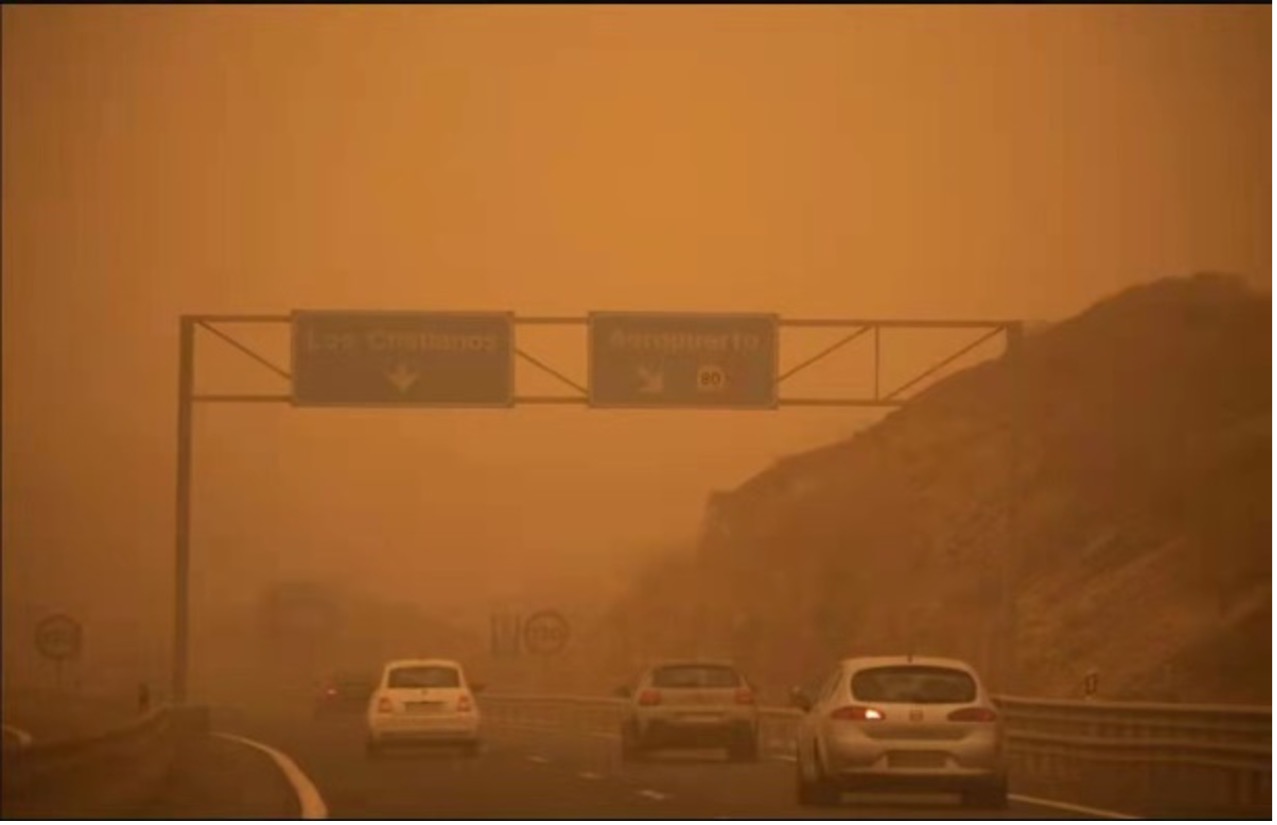 Cars drive on the TF-1 highway during a sandstorm in Santa Cruz de Tenerife, on the Canary Island of Tenerife. (Photo by DESIREE MARTIN / AFP)